OK, for the past couple of weeks, I’ve been digging more seriously into Windows 7, trying to get my mind around the new operating system, particularly from the standpoints of performance, usability, heft, and complexity. I’ve got to report that I’m favorably impressed on all fronts, especially in terms of heft. The performance is also definitely better than Vista, and perhaps even faster than XP (as amply illustrated in Adrian Kingsley-Hughes’ outstanding blog on that topic) in my own recent personal experience.

What blows me away most, however, is how compact and efficient Windows 7 is by contrast to Vista. The only version of Windows 7 currently available is the Ultimate one, so check out these two screenshots that compare both environments on a working desktop: first Vista, then Windows 7. 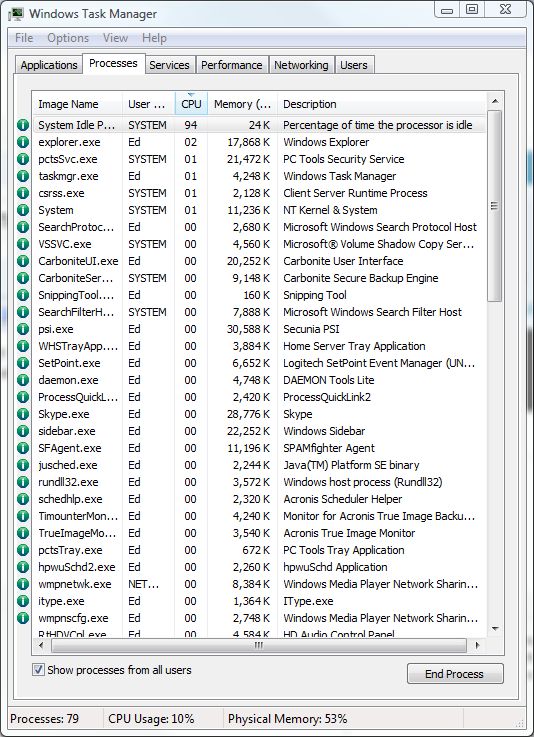 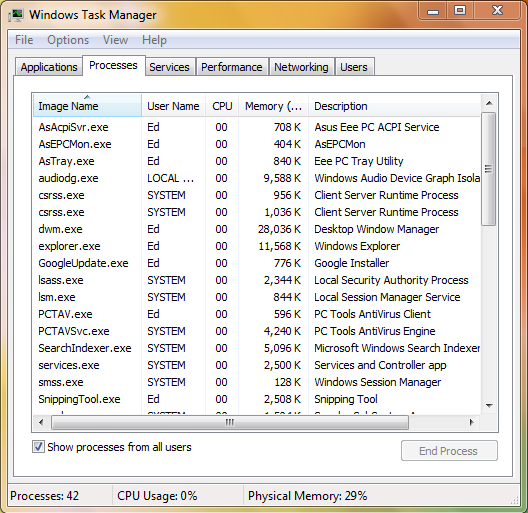 Excuse me, but this is nothing short of amazing–at least to me! Given that I’m also getting reasonable performance for Win7 on the same Asus Eee 1000HE PC that only comes with XP at present (and XP Home at that), I can’t wait to see how more minimal versions will run on netbook hardware when the time comes to play with those.

Right now, I’m still learning my way around the interface and how to use the new OS (it still feels mostly like Vista to me), but I’ve yet to really learn how to use the new interface elements like Libraries, Homegroups, Devices and Printers, and so forth. That’s why I’m still reserving judement on complexity and usability areas, though I can say I’m favorably impressed.

One more thing: on the software and hardware compatibility fronts, I’m pretty much blown away by Win7. I’ve only had problems with one device driver for Win7 so far (and it’s for virtual remapping of the Eee 1000HE display to create a virtual space of 1200×768 in a window that’s actually 1200×600 in size). Every other device driver I’ve tried from Vista has worked in Windows 7. I’ve also had great luck with software and have encountered compatibility problems only where they might rightly be expected: on very OS-specific tools such as defrag (Raxco PerfectDisk 10), 50-50 on Unknown Device Identifier (Zhangduo.com) though Halfdone’s Unknown Device works fine on all systems, inability to load the 4.72 version of Logitech SetPoint (4.70 works fine), and a few other odds and ends. Even my old standby, DriverAgent, works on Windows 7 quite well although it recognizes that this is a new (and unknown) operating system, as far as it can tell.

What does this all mean to enterprise desktop admins? For one thing, it’s not inappropriate to look forward to and actually enjoy working with Winodws 7. I definitely don’t see the same headaches with device drivers that plagued and stalled early adoption of Vista affecting Winodws 7.  For another, expect Win7 to make better use of the same hardware as compared to Vista. In different terms: Win 7 is much less resource-consumptive and also more responsive and easier to tweak than Vista. Definitely worth checking out, and showing to the powers that be!