If you work with solid state disks, you’re probably already familiar with the various tools that your drive vendors provide for their units. Mostly, these are tools for checking and upgrading firmware, but occasionally,  you’ll also come across a great tool like the Intel SSD Toolbox as well (note: a new version of this tool — v.2.0.1.000 — was released on October 19, 2010, so if you haven’t grabbed it yet follow the link and do that right now).

But there is at least one vendor-neutral tool that’s also worth adding to your system admin/troubleshooting toolbox if you work with SSDs — namely, Crystal Dew World’s (how the Japanese come up with these weird and wonderful Website names continues to amaze and delight me) CrystalDiskInfo utility can help with several key items of information:

CrystalDiskInfo shows all of these things, and more, as you can see here: 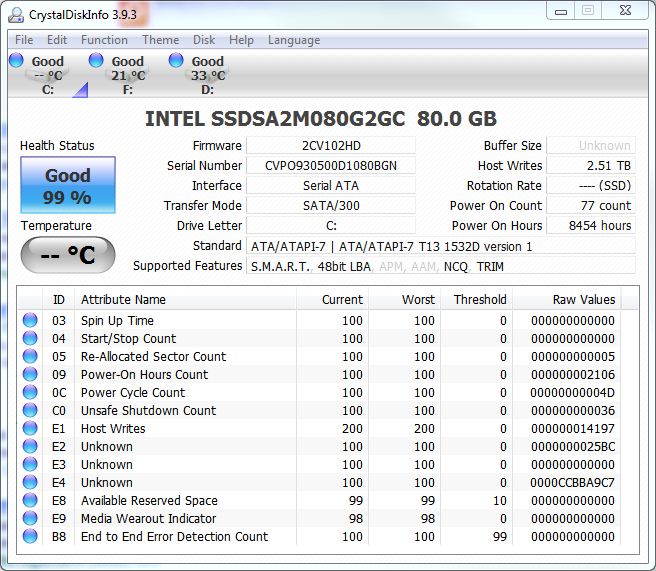 A bit more data is presented for conventional (spinning) hard disks, like this Samsung 1GB SpinPoint drive, including temperature information, and lots of sector handling stats: 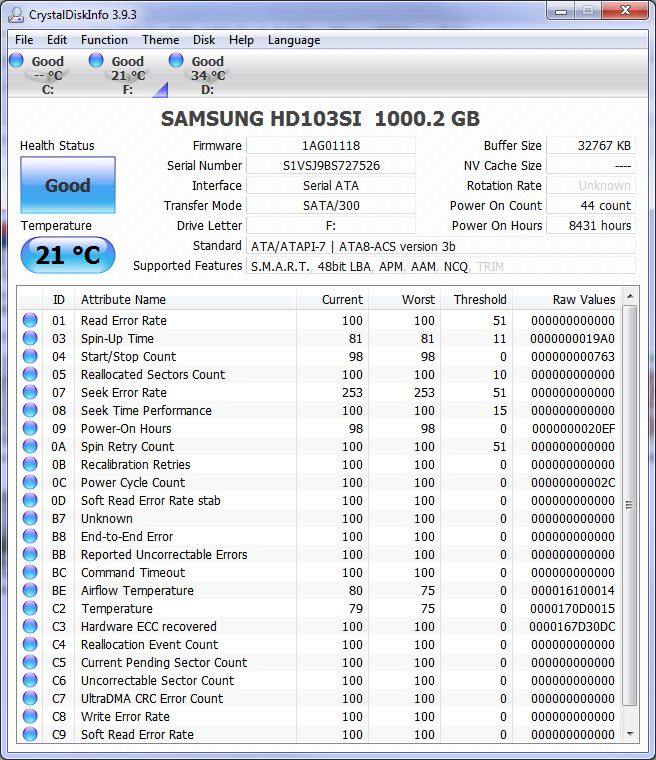 There is more to report on spinning drives

Best of all, this tool is freeware, and thus can’t strain your tools budget even one little bit. Check it out: you’re bound to like it. The same site also offers other free tools as well, and will reward the download and playtime required to learn them.