I just read a fascinating article in the Healthcare section of InformationWeek by Ken Terry entitled “Dell Targets Healthcare with Windows 8 Tablet.” The basic premise behind the story is that because the Latitude 10 offers some key security features and a lower TCO than an iPad, it stands some chance of competing head-to-head with that favorite of Apple devices.

Could the Latitude 10 really beat out the iPad for healthcare professiona use?

According to Terry, the Latitude 10 offers some interesting advantages for potential healthcare adoptions:

I like all of this information, and I even buy Dell’s contention that “…few EHR [Electronic Health Records] vendors have developed iPad-native versions of their applications…” My concerns about this platform are as follows:

All of this said, I find Terry’s case for the Latitude 10 as a possible healthcare tablet at least interesting, if not intriguing. I wonder if the IT and purchasing folks at any of the major healthcare providers are seriously pursuing this platform as an option…a detail that Terry’s story unfortunately fails to address. I presume the sales cycle for such a deal is underway, possibly at several providers, but methinks if any deals were done or in the offing they would have been mentioned here (or in some Dell press release somewhere).

[Note added 3/1/2013: Thanks to a shout-out to one of my Dell contacts, I’ve been connected to the Lat10 product manager, and am jumping through some hoops to see if I can get a review unit. I’d like to try one of these machines out to see how they behave, and hope to get one with 4GLTE WWAN capability to take them out and about with me as I drive around my local area, and make the occasional business trip. More on this as I make progress on this front…or not!] 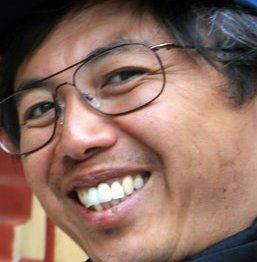 anthonymaw - 1 Mar 2013 11:43 AM
The most obvious shortcoming is the lack of thick rubber corner bumpers.  For any device intended for industrial use, it is highly likely that it will be dropped at some point. A stylus would be useful too considering medical professionals often have to wear nitrile gloves which may not be sensed by the touchpad.
[-]

Kevin Beaver - 6 Mar 2013 2:53 PM
Anything could be considered a viable option in healthcare today given all the money Obama's spending on making us healthier, no?  It's funny, I remember when the Palm and similar PDAs came out back in the late 1990s and evolved in the early 2000's. They were all the rage in healthcare: "Look at what we can do to improve patient care, telemedicine...blah, blah, blah". Since then, I've unfortunately spent a lot of time in the ER as well as in oncology and cardiology offices helping tend to sick parents and have seen very minimal adoption of tools like this tablet. I think such technologies would be wonderful for healthcare given their utility and security features - especially for those HIPAA covered entities who've learned the hard way that their Notice of Privacy Practices ≠ HIPAA compliance. It'll be interesting to see how healthcare IT evolves in the next decade. Hopefully it'll be for the best.
[-]

Ed Tittel - 7 Mar 2013 12:11 PM
Dear Anthony:You make a very good point. I do understand, however, that Dell does offer a case/keyboard combination that's designed to provide "crash/drop protection" for the Lat10. I would have to guess that this would help with your bumper request. As for stylus, I see on the order page that the devices uses a Wacom digitizer and thus works fine with a Wacom Active stylus, available as a $35 add-on to the order (you can buy them more cheaply on the open market, BTW, if you shop around carefully).--Ed--
[-]

Ed Tittel - 7 Mar 2013 12:14 PM
Kevin:As usual, you bring something valuable to our dicussions. And Dell is making much of its enhanced security capabilities (secure storage, secure communications, and dual-factor authentication) to position the Lat10 as "ready for HIPAA." This does matter in general for tablet use on the job, but particularly where privacy and confidentiality mandates (and attached liability and penalties) apply.Thanks for posting,--Ed--