Before I cover what Mr. Nielsen has to say about Windows 8,  let me explain a little about who Jakob Nielsen is. A former Sun Distinguished Engineer (back in the days when that really meant something), Nielsen is also the author of numerous influential and widely-read books on Web design and Web usability, most notably: Designing Web Usability: The Practice of Simplicity. I’ve read this 1999 book at least four times — the last time in 2011, while revising my HTML For Dummies into its 13th edition overall, and every time I read it, I get more and more useful or indispensable information out of its contents. 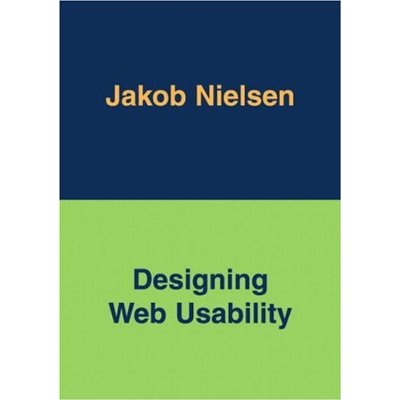 Nielsen’s 1999 on Web usability remains a potent classic on this subject.

According to Reisinger, “Nielsen says that the new Windows 8 users interface ‘smothers usability with big colorful tiles while hiding needed features.'” To come to this summation, Nielsen assembled one dozen experienced PC users to take Windows 8 for test spins, both on conventional desktops and on the new Microsoft Surface PCs (Windows 8 RT models, those being the only kind publicly available at this time). Users noticed a dual-nature to the Windows 8 OS, where the tablet- and touch-focused Start screen and Windows Store UI contrasted greatly with a traditional PC-oriented desktop interface. One problem for users, according to Nielsen, is that differing design concepts require users to “remember where to go for which features.” Another problem is that the dual focus creates an “inconsistent user experience.” Net result: reduced usability overall. Inside the Windows Store UI, Nielsen found its lack of multiple window support to be “one of the worst aspects of Windows 8 for power users.”

As other power users and experts have also concluded, Reisinger’s story also states that “…Nielsen believes that Microsoft has focused on tablets with Windows 8 to the detriment of PCs.” Furthermore, Nielsen is quoted as saying that Windows 8 is “weak on tablets” but that it is “terrible for PCs,” where “on a regular PC, Windows 8 is Mr. Hyde: a monster that terrorizes poor office workers and strangles their productivity.”

Ouch! In closing, however, Nielsen holds out some hope for the future saying that “Windows 7 is a good product and … Windows 8 is a misguided one.” His plans probably echo that of many other readers, especially those using Windows in the enterprise: “I’ll stay with Win7 the next few years and hope for better times with Windows 9. One great thing about Microsoft is that they do have a history of correcting their mistakes.” Let’s hope further that Mr. Nielsen is correct!

Ed Tittel - 19 Nov 2012 3:37 PM
Indeed,  I do agree with his assessment, but we are all aware that "mere usability" is not the only criterion used to evaluate -- or even to adopt -- operating systems. I'm committed to learning and using the Win8 environment (with the addition of usability enhancements like Start8 or Classic Shell) because it's part of what I do for a living. Here's a perhaps more telling answer to a question you didn't ask? Am I running Windows 8 on any of my production PCs. Not yet! Best wishes, --Ed--
[-]

BobBeechey - 21 Nov 2012 1:17 AM
I find all this very strange. When I first used a Mac, I hated certain eccentricities in its interface but now I am used to it. What really made all types of Windows and Mac software usable were mouse hover balloon help and context menus - "if in doubt, right click". For an interface designed for commonality across phones and tablets? These familiar clues are impossible (almost) to include. My wife was stuck when she had a pdf in her browser window on her IPad- how to save it? I told her to tap the screen and use the I-Book button that then appears. The same early stage faltering applies for the non-intuitive features of Windows 8 - if in doubt tap, failing that swipe, failing that try a corner. I have only played with Win8 for 5 minutes but had no trouble shooting back and forth between new and old interface - it seemed no more or less intuitive than first time use of IOS. It is a pity that Apple is patenting some of its tap and swipe metaphors as this will militate against useful user expectations of a phone/pad interface.