There’s an interesting problem facing those running Windows 10 on limited storage capacity tablets and similar devices. Given typical eMMC or flash “drives” of 32 GB or less, best practice can dictate that such limited storage be augmented with SDXC cards readily available in sizes from 32 to 256GB. This may also involve relocating all kinds of storage from the primary storage device to that SD card, including user files of all kinds (documents, downloads, and so forth) as well as application and app files of all kinds. Recent reports from the field indicate that some people who’ve moved Windows 10 apps from the Store to SD devices can’t apply updates from the Store to keep them current. If you or your users find that SD-based apps won’t update, there’s a simple but potentially vexing fix you can apply. 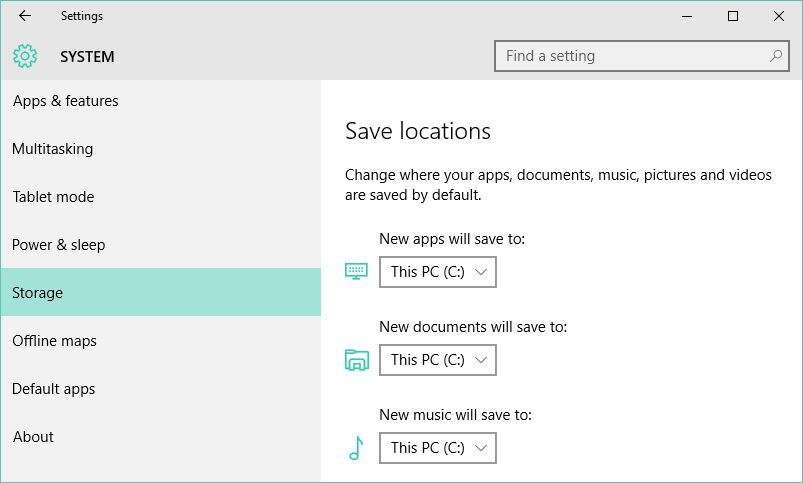 Windows 10 is very accommodating about changing locations for all kinds of data, but says nothing about apps needing NTFS formatting to update.

If SD-based apps won’t update on your system, a fix is possible…

The problem apparently stems from conflicting defaults. App Store updates expect to reside on NTFS formatted storage devices, but SD cards are typically formatted using some form of FAT (usually exFAT for larger devices) formatting instead. It seems that Windows 10 won’t propagate app updates into non-NTFS storage devices. Thus, the fix is to reformat the SD device from its current format to NTFS. The downside, of course, is that all relocated apps will then have to be reinstalled onto the newly-reformatted SD card. This takes time and effort, as documented in these CNET and How-to-Geek articles.

On the other hand, it seems that it might work to copy the contents of the SD card to some temporary location, reformat it to NTFS, then restore those contents onto the newly-formatted drive. I’m going to try this on my Surface Pro 3, as soon as I have enough time to set all this up and try it out. I’ll report back later after I’ve attempted to make this work. My hope is that this will also fix the “SD-based apps won’t update” problem. Stay tuned!

[Thanks to Sergey Tkachenko at Winaero.com, whose recent Fix story provided the impetus and information for this blog post.]