Earlier this week I stumbled across a January PC Magazine story entitled “Build a Touch-Screen All-in-One Desktop.” The star of the story is from EliteGroup (a Taiwanese mega-manufacturer of PCs and parts) known as the G11, a bare-bones compact PC with an integrated 21.5″ touchscreen and lots of other interesting and useful features (check out the PDF specsheet for a nice overview). 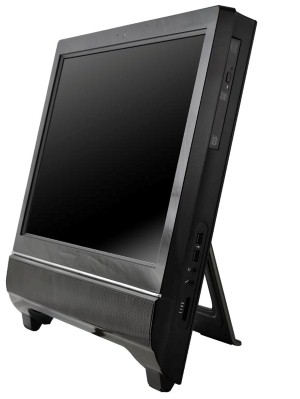 I started wondering about the other possible tack, with Windows 8 in mind. What kind of top-of-the-line configuration might it be possible to install in this compact unit to use it as a Windows 8 learning, test, or pilot machine? Here’s what I came up with:

When it comes to installation for all this stuff, I refer back to Murray’s PC Mag story, because it includes photographs and step-by-step instructions to put all these part in their proper places — except for the optical to SSD tray install, which requires plugging the drive into the internal SATA connection inside the tray, and then installing the tray just as you’d install the optical drive.

The ECS G11 is still priced at $449, so my total top-of-the line budget comes to $1,181. For just over $1,200 you can add in the cost of a portable USB-based optical drive to plug into this unit to write or write CDs or DVDs should you need to (I have two such units already, and suspect many other readers here do as well, which is why I didn’t make it part of my baseline budget, believing that the combination of an SSD for the boot/system drive and a bigger but slower data drive would be much more compelling).

I do still have some open questions, though: I’m working to find out if the ECS G11 supports SLAT, which is mandatory to take advantage of Hyper-V support in Windows 8. Ditto for the motherboard’s support for UEFI, necessary to use Windows’s pre-boot malware protection capabilities. I’ll report back as I find out more (I’m trying to get in touch with Elitegroup’s Fremont, CA offices, and have also e-mailed Matthew Murray to see if he knows more than he included in his PC Mag story).

Ed Tittel - 11 May 2012 12:55 PM
My good buddy and former Windows in Depth co-author just sent me this email about this post: Hi Ed, I saw your entry today about building an AIO PC. You might enjoy this blog post of mine on the matter: http://bobcowart.blogspot.com/2011/07/lenovo-vs-mac-update.html and this: http://bobcowart.blogspot.com/search/label/Computers THe Lenovo was very sweet, actually. Now I see a flood of touch-based AIO's at Best Buy. You get a lot for your money. Cheers, Bob