I had a very interesting conversation with former Microsoft MVP and current MS employee and “virtualization guy” John Savill last Friday. I’ve recently had to back out of my role as a primary author for an upcoming Windows 8 book, thanks to a welcome and unexpected surfeit of expert witness work, and have therefore found myself with some pretty neat but underutilized test equipment that I want to switch over to a production role.

The reason why I called John was to ask him how best to migrate my current 32-bit Windows 7 production environment to my latest desktop test rig (a home-built desktop that includes a socket 1155 motherboard, i7 2700K CPU, 32 GB of RAM, an OCZ Vertex 3 SSD, and an nVidia 650 GTX graphics card).  Not coincidentally, John now works for Microsoft as a virtualization expert, with equal emphasis on both desktop and server virtualization, so I figured he’d have some useful suggestions to make. For Windows long-timers, some may remember John from the late 1990’s as the brains behind the Windows NT FAQ which he ran independently back then (it’s now a permanent part of the Windows IT Pro Website as the FAQ For Microsoft Windows). He’s also the author of numerous books on Windows Server versions from NT 4.0 through Windows Server 2008, including his latest title Microsoft Virtualization Secrets, due out in August, 2012). 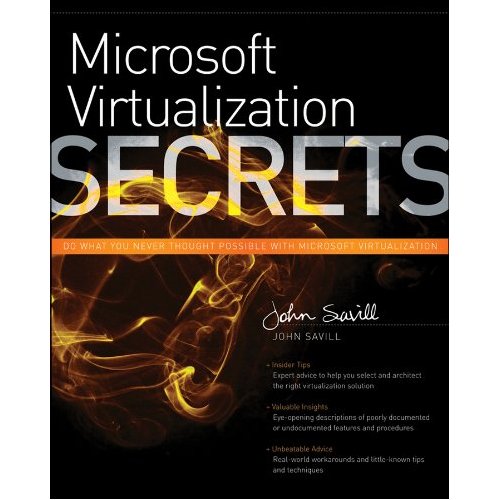 His first suggestion came as no surprise to me at all: he recommended that I use the excellent Sysinternals Disk2VHDto capture my current runtime production environment. Through no coincidence whatsoever, in planning to upgrade that machine to accommodate 8 more GB of RAM I’ve purchased (running 32-bit at present, it can only handle 4 GB of RAM which is how much it has installed as well), I’d already used that tool to make a snapshot to give me access to any settings, preferences, passwords, and so forth, I might somehow lose in making the move from 32- to 64-bit Windows 7 on the original machine.

But John’s next suggestion really floored me, though in a thought-provoking way: He also urged me to go ahead and switch over to the Customer Preview of Windows 8 on my new hardware, since it was expressly purchased to meet Windows 8 requirements (UEFI, SLAT support, and even a touch screen). I gave him the usual “still can’t get my head around the desktop metaphor and organization” stall, to which he replied with three remarks:
1. Get used to it; it’s not going to change.
2. Hyper-V beats the pants off Virtual PC, even as implemented for Windows XP Mode in Windows 7.
3. Windows 8 is already “extremely stable,” so if you keep working on a VM, it will be trivial to jump from Customer Preview to final release.

I’d planned to set up a production native Windows 7 64-bit environment and slowly cheese over from 32- to the 64-bit world, but his remarks have me thinking pretty serious about cheesing over from a 32- to 64-bit Windows 7 VM instead, running on top of Windows 8. I have plenty of horsepower and memory to burn on this new machine, so why not? I have some major deadlines this week, or I might have tried it already, but I’m leaning ever more seriously in this direction, and will keep you posted on my thought processes and progress.