MS hasn’t yet made any announcements, but the rumors are flying thick and fast right now that RTM is “in its final hours of compiling and completing Windows 8.” Winbeta.org goes on to speculate that official ISOs may appear sometime between July 30 (next Monday) and August 6 (the following Monday), with custom images on their way to OEMs possibly as early as this weekend. That means leaks could show up very soon on BitTorrent and other unofficial download channels, with more official (and safe and reliable) ISOs to follow in early August. Another rumor source — Windows8Beta.com — confirms that a new build (8523) is currently in the making, but indicates that the RTM to OEMs is still about a week away, and is confirmed by WinUnleaked.info which closely tracks Windows 8 builds and their contents.

I’m looking forward to seeing what’s in and what’s out of the RTM version, and hope to get a chance to install a copy before mid-August. In particular, I’m expecting to see the Windows Sidebar and Gadgets gone, gone, gone. I’m also wondering if various tips and tweaks will still remain to restore glass effects to the desktop, or if MS will lock things down to make them opaque and tile-oriented as for the Metro style UI. I’m probably most curious to see what apps will make it into the final release, and what kinds of tricks MS and partners will have up their sleeves — and in the Store — for users to (buy and) download for the Metro side of the OS. 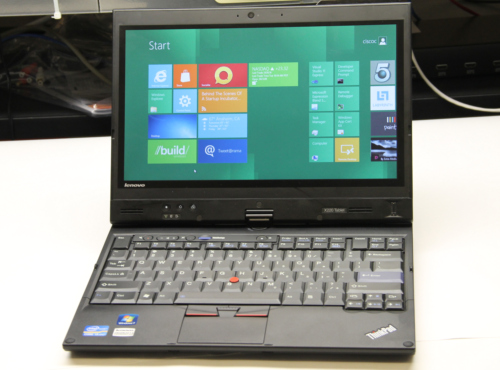 One a more mundane note, I’m very curious to learn how the big notebook makers — particularly Dell, HP, Lenovo, Acer, Asus, Samsung, Sony, and MSI, among others — will proactively work to provide drivers and update/management tools to permit owners of existing Windows 7 systems to upgrade to Windows 8 should they wish to do so. I have observed in my testing of notebook and desktop systems since last February that, by and large, interoperability of Windows 7 drivers with Windows 8 is pretty good, probably approaching a 90% on this metric: “If it works for Windows 7, it will also work for Windows 8.” But the same is NOT true for vendor-supplied update, backup, system analysis, and other management tools. Thus, for example, while I can get some parts of the Lenovo ThinkPad Advantage toolbox to run on my Windows 8 X220 Tablet, I can’t use the modules for Rescue and Recovery (backup functions), Update (scan the machine and download newer drivers where available), and so forth to work on that machine. Same thing holds true for HP Advisor and HP Help and Support on my Pavilion dv6t.

Clearly, the OEMs will have a lot of work to do to get new machines ready for Windows 8. But, like many people who already own Windows 8-capable notebook or desktop PCs, I’m equally concerned to see how much and what kind of work they will do to ease the transition from Windows 7 to Windows 8 on machines already out there in the marketplace. Obviously, with sufficient perseverance and effort, I’ve been able to figure things out on my own. But it’s always nice to have a good backup from your vendor, and I just can’t help wondering what the fate of my half-dozen notebooks will be, if I try to bring more of them into the Windows 8 world. As the proud owner of an HP Dragon (HDX9203KW) — an expensive and powerful desktop replacement luggable PC that HP never updated from Vista to Windows 7 — I’m hoping that OEMs will decide to smooth the transition, rather than abandoning their installed bases and concentrating only on new equipment.