I started researching touch for Microsoft Windows 8 last spring, as recounted in a series of posts to my Windows Enterprise Desktop blog for TechTarget's IT Knowledge Exchange. With the release-to-manufacturing version of Microsoft's latest operating system in my hands, I'm pleased to say that touch in Windows 8 finally makes sense to me, and the interface definitely has its uses. For many readers pondering upgrades to existing systems, the real questions become "How well does Windows 8 work without touch?" and "What are the best mechanisms for adding touch capability to existing systems?"

After an initial primer on how touch works in Windows 8 and what's required for hardware vendors to obtain a Windows 8 Touch logo to verify their support for the Windows 8 touch experience, I'll answer both questions as directly as possible.

One source of information about touch in Windows 8 is my review and analysis of Building Windows 8, which was co-authored by two members of the Windows 8 Human Interaction Platform team at Microsoft. The book examines the reasoning behind including touch in Windows 8 and how Microsoft's user interface (UI) designers incorporated touch into the very foundation of the new OS.

Another resource is a white paper from Microsoft entitled "How to Design and Test Multitouch Hardware Solutions for Windows 8." It covers touch interaction fundamentals and explains how hardware designers and testers can build and then verify the capabilities that Microsoft requires to grant systems or devices the Windows 8 Touch logo. Both sources describe how touches and gestures work in Windows 8. 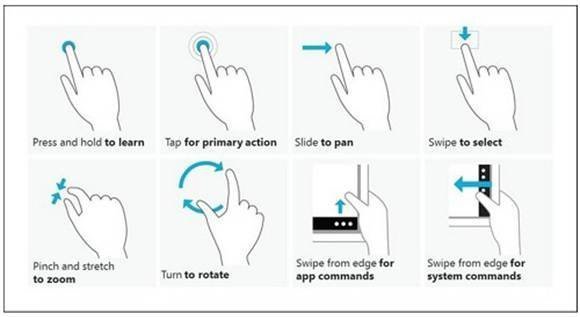 The basic OS interactions do not require more than two simultaneous touches. That's why I was able to dig into touch using an older Lenovo X220 Tablet PC with various Windows 8 builds: Developer Preview, Customer Preview, Release Preview and, finally, the release-to-manufacturing (RTM) version. But, alas, this tablet -- and many devices built before Microsoft finalized its requirements for the Windows 8 Touch logo in June 2012 -- will not meet the requirements.

A series of 34 rules in the Microsoft white paper define touch requirements in excruciating detail. A quick look at the first five rules in Figure 2 illustrates their coverage and level of detail nicely:

Most older touch displays don't qualify for a Windows 8 Touch logo because they don't implement enough simultaneous touches -- at least five, as per Rule 2 -- and because they don't support the required tagging and grouping data structures needed to recognize and encode complex, multitouch gestures.

Certainly, no touch displays that cost under $500 in the middle of this year would meet these requirements. If you want to add a touch display for Windows 8, make sure it carries a Windows 8 Touch logo.

To me, the biggest improvement in no-touch usability of Windows 8 came with the RTM in mid-August. Before that, users had to slide the mouse cursor across the right edge of the screen to call up the "Charms" menu, with its icons for search, share, start screen, devices and settings, to access fundamental OS controls. If you didn't hit things exactly right, no Charms, and you had to try again. Three or more tries would sometimes be needed to make those Charms accessible. 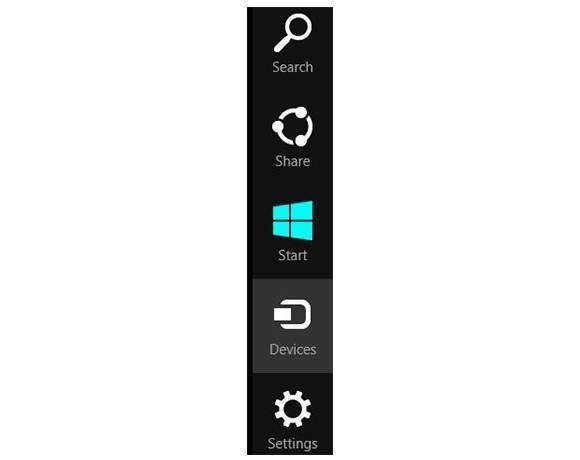 Figure 3: Windows 8 "charms" allow for access of utilities and the Start screen

Now all you must do is move the mouse cursor into any of the four corners of a typical display, and up pop the charms and the clock. This makes it a lot easier to access elements of the UI formerly known as Metro and the tiles on the Start screen. Many people who might have written off mouse-based Windows 8 as a second-class alternative to touch-based access now see Windows 8 in a more positive light.

I believe this explains why a recent survey of Windows 8 attitudes among Windows technology professionals reported that 37% feel positively toward Windows 8 whereas 13% feel negative about the new OS. (Twenty-one percent of those surveyed said they don't care about Windows 8, and 29% said they don't know enough to have an opinion.)

The same survey also reported that 53% of respondents plan to upgrade to Windows 8 at some point in the future, though this doesn't really address timing or scale and scope of such planned adoptions at all.

Buying a touchscreen for Windows 8, Episode 1

Buying a Touchscreen for Windows 8, Episode2

If you plan to stick with a conventional keyboard and mouse in Windows 8, try Stardock's free Start 8 add-on for Windows 8. It's not exactly the same as the Windows 7 Start menu, but it's close enough to stay productive while learning one's way around the Windows 8 UI.

The bottom line is that Windows 8 requires training -- including new ways to navigate around the UI -- for those who want to stick with a standard keyboard and mouse for desktop or notebook computing rather than use a tablet. But it is more workable than some rants and raves may suggest, and the UI is worth trying before writing off Microsoft Windows 8.

In my next tip, I will offer some advice to help prospective Windows 8 users make the most of their computing experiences, whether or not they find some reasonable and affordable way to add touch to their available forms of user input.

AnonymousUser - 21 Mar 2013 11:53 PM
Why did Microsoft simply give people the choice of classic or touch interface? They already did this with server-2012? This would have killed all the controversy and unlocked the upgrade market. I tried Win-8 and hated it because I just could not get any work done. I sit in an office, I don't care about touch as my arm is about a foot too short etc, and I spend my day editing documents, and accessing Linux and AIX systems. So all the Metro stuff is just useless baggage.