In my previous article, I identified some powerful features of Windows 8. While I am mostly a fan of Windows 8, there are some things that might delay a migration to Microsoft's latest operating system. The point here is not to discourage adoption of Windows 8 but merely to point out some negative points you should be aware of.

Honestly, if you remove the Windows 8 user interface (UI) from the discussion, the "Windows 8 hate" drops to near zero. Still, you can't ignore the Windows 8 UI.

Microsoft bet that computing will soon be mostly on mobile devices, so the Windows 8 UI is optimized for tablets and touchscreens. The company made a similar move when it quit building 32-bit versions of Windows in favor of 64-bit servers and desktops. Microsoft was right on that bet, but the touchscreen is a long way from replacing the standard desktop or laptop monitor.

Until then, we have to deal with the Windows 8 UI and weigh other potential benefits and Windows 8 drawbacks. So, here are my eight things to hate about Windows 8 features.

1. Migration: Splitting the enterprise between the tablet and PC

If your organization sticks with the Windows desktop, you'll ultimately have to migrate to Windows 8. In my previous article, I made the case for a split-brain migration -- divide mobile users from standard users of standard laptops or PCs. In other words, target those who have hardware that can support the Windows 8 UI and who can take advantage of the features, and migrate them first.

The problem is that this method probably won't match your PC refresh program -- it would require you to refresh the devices of those users who need Windows 8 whether they are next in line or not. In addition, what about those who are up for new hardware but really don't need Windows 8? Do you get them touchscreen hardware?

In short, your migration strategy is forced to account for the Windows 8 UI because it doesn't work for everyone. Seems like a case of the tail wagging the dog.

2. Getting to the desktop 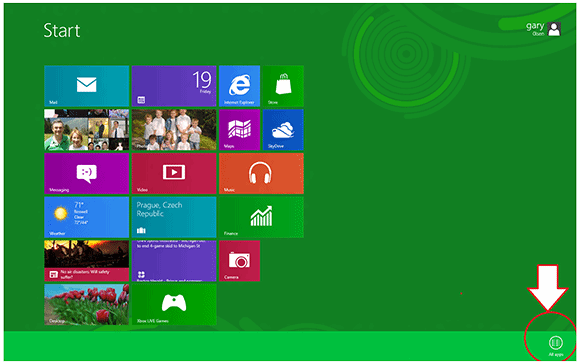 Figure 1: The hard-to-see All Apps button

Many users have looked at the Windows 8 UI and asked, "How can I get past the tiles and get to the desktop?" A little digging can reveal the Windows 8 start menu and related administrative tools. You can configure your apps to show up in the tiles by clicking on the All Apps icon in the lower-right corner (Figure 1).

This exposes the applications, and you can pin them to the start menu. The apps will then show up as tiles in the Start screen (Figure 2). Getting around this obstacle is beyond the comfort zone of some users. 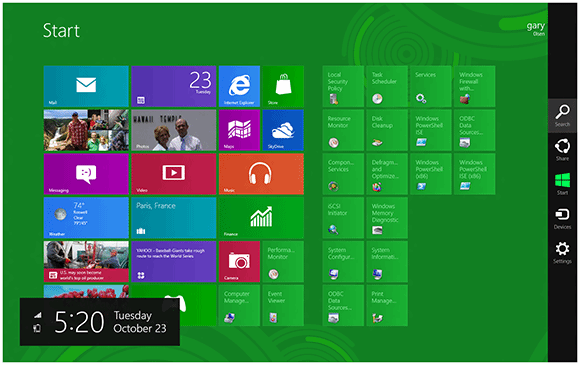 Figure 2: Apps as tiles on the Start screen

Wouldn't it be nice if Microsoft had given us the same option for the client as it did with the server? Windows Server 2012 boots to the desktop and runs a scheduled task to start Server Manager. If you want to see the tiles, hover over the lower-right corner of the screen, and the Windows Start icon shows up (Figure 3). 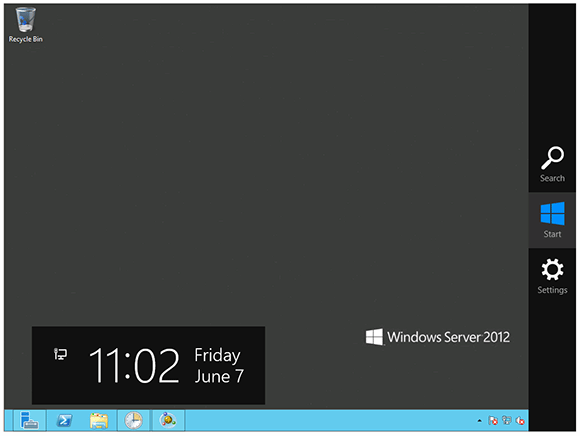 Now you can click the Start icon, and all the stuff you had on in the taskbar shows up as tiles. In other words, you boot to the desktop, and then you can enable the tiles if you want. The tile interface might have made more sense as a transitional feature in Windows 8 to get users accustomed to it. Then, Windows 9 could have gone directly to that interface.

3. The missing Start button -- and desktop, for that matter

This has to be one of the top Microsoft complaints. In my first experience with Windows 8, I immediately went to the desktop. Great, I thought, I'm in familiar territory! But not so fast – where's the Start button? I realized this is not my warm and fuzzy desktop that I grew to know and love in Windows 7.

Try doing a search from the Windows 8 desktop. Is Search in the lower-left corner of the screen where it has been since Vista? Nope. Where are the programs and Control Panel? All you have to do is hit the Windows key and go back to the Start screen. Then you can find the Search icon. Would it have been that hard to put a Search feature in an easy-to-find place in the desktop?

I've previously noted that one of the Windows 8 features to love is the ability to write custom applications for enterprise needs. Ironically, it's also on my list of reasons for Windows 8 hate.

Applications sell hardware -- no secret there. Just ask Apple. But writing apps for the enterprise is a different ballgame from creating apps for home use.

One report cited a survey seeking to find out how Windows 8 users really use Metro apps. It found that the "most tried" apps were the ones native to Windows 8. Netflix was the only non-native app to make the top 10, with the majority of others falling into the "social" realm.

Using a tablet is different from using a traditional PC. I have a tablet, but other than sending email, it really is not a productivity tool. Granted, I could buy a Windows-based tablet and get all the Microsoft apps, but the difference in cost can be as much as $800. Thus, it's not surprising people aren't using Metro apps at work -- there are very few to use.

If Metro apps are developed for productivity, can non-touchscreen PC users benefit from them?

It's true that this isn't the first time employees have needed retraining because of an OS change. Training users on the Windows 8 UI and related features may result in more unexpected costs for already strapped IT departments, not to mention the loss in productivity.

Nontechnical users may take particularly long to get comfortable with Windows 8 features, but Windows shops can only delay the inevitable upgrade.

More on Windows 8 pros and cons

Microsoft accelerates updates with Windows 8.1, ups pressure on IT

Anytime you upgrade to a new Windows version, peripherals such as printers, microphones, speakers and cameras typically need new device drivers, but the dramatic change in Windows 8 features raised the stakes.

For instance, I found that while my printer did work with Windows 8, I could not print from Internet Explorer and some apps. I thought I was alone until I attended a meeting where a Microsoft employee tried to use his Windows 8 laptop running LiveMeeting to broadcast a remote speaker to the local audience. He absolutely could not get the microphone to work.

No worries -- I just connected my good ol' Windows 7 laptop, and it worked just fine. I'm sure there are other stories like this.

8. Just recovered from Vista -- now I have Metro!

You might label this "upgrade fatigue for the IT staff." Most IT people I know have a few scars from Windows Vista. Some upgraded to Vista only to downgrade to Windows XP, followed by a more cautious upgrade to Windows 7. But it seems to be well worth it.

Many people consider Windows 7 to be the best client OS Microsoft has released. It has excellent features and outstanding performance and is quite resilient. Windows 7's advances in the use of virtual hard drives, BitLocker, networking and other features made even dubious admins excited. And now it has been succeeded by a stripped-down desktop hidden behind a confusing -- though pretty -- UI. Definitely a step backward.

Windows 8 is here to stay, with all its cool features and irritations. Microsoft has heard our cries for help and is putting the Start button back in with the Windows 8.1 update, formerly known as Windows Blue.

While Microsoft can't really revert to Windows 7, it would have been nice to give users and hardware refreshes a chance to catch up to the Windows 8 UI. It's still possible to find desktops and laptops online with Windows 7 installed, but each organization will have to see whether these Windows 8 drawbacks outweigh its improvements.