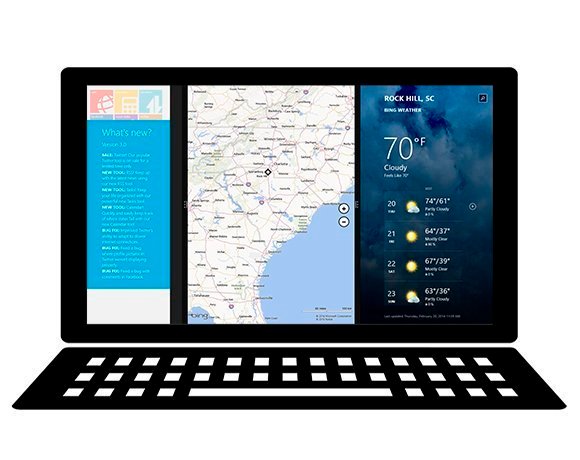 Windows 8 was distinguished from other tablet OSes such as iOS because it enabled multitasking by running two apps on screen at once. Microsoft referred to this capability as Snap. The problem with Snap however, was that it supported only two simultaneous apps, and you couldn't adjust the window sizes.

Windows 8.1 has dramatically improved Snap by allowing multiple apps to be viewed at once (your display resolution is the limiting factor). You can also adjust the size of each window rather than being limited by the operating system controlling the display size. Here, you can see three apps on the screen at once.