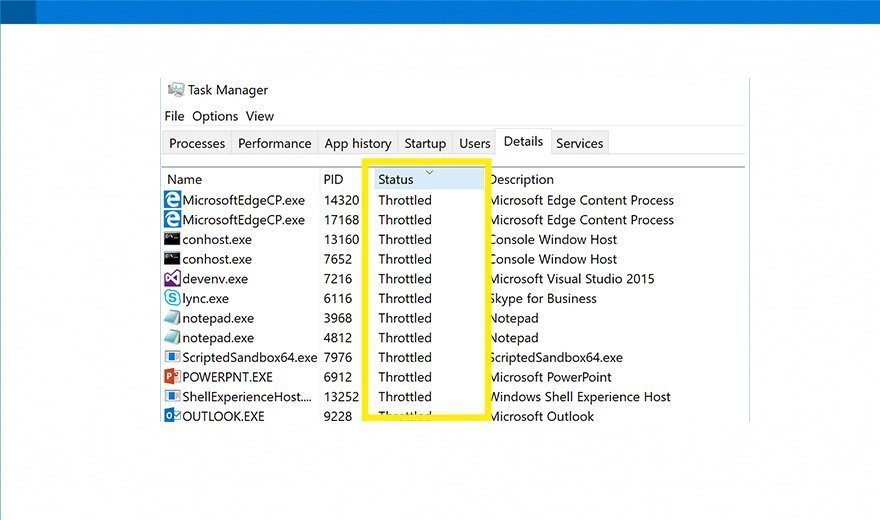 Windows 10 background apps can slow down the OS when they consume too many resources. They can also significantly drain battery life. The Fall Creators Update addresses background apps by monitoring the apps running in the foreground, or the apps the user is actively working with, and prioritizing them.

The OS places any apps it recognizes as running in the background in energy-efficient mode -- using less CPU than they normally would for full operations -- to limit their effect on everything else. This app power throttling currently only works with devices that have Intel Speed Shift technology in its  sixth-generation Core processors and later, however.