I'll never forget the first time I ever encountered the infamous Blue Screen of Death (BSOD). Although my experience with Windows was very limited at the time, I was absolutely positive of two things:

In retrospect, both of those assumptions turned out to be true. A Blue Screen of Death is Windows' way of telling you that an unrecoverable, kernel mode error has occurred. There are a number of different things that can cause a BSOD error, so the BSOD gives you information that is designed to help you figure out what went wrong. In this article, I will show you how to make sense of these rather cryptic screens.

BSOD has changed over time

Before I get started, I want to point out that the BSOD has evolved over the years. In Figure A, you can see a Windows NT style BSOD that I captured back in 1999. Figure B shows a Windows XP BSOD. Although there are some major differences between those two screens, there are also some similarities. 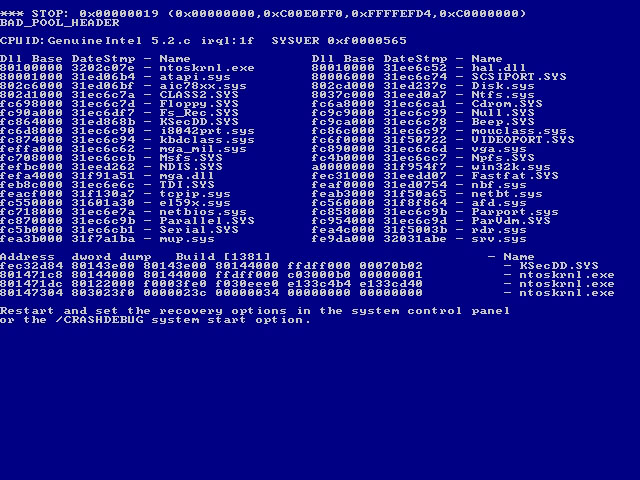 Figure A This is a Windows NT style BSOD. (Click on image for enlarged view.) 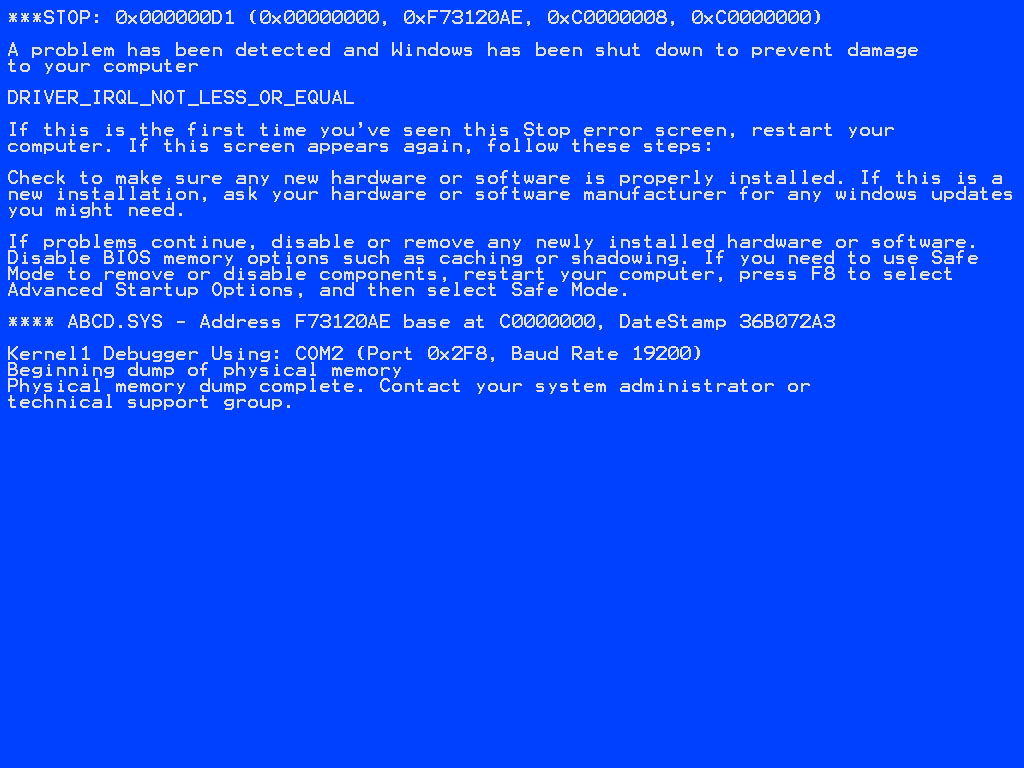 Figure B This is a Windows XP style BSOD. (Click on image for enlarged view.)

For the purposes of this article series, I will be examining the Windows XP style BSOD (which is also used in Windows Server 2003). If you happen to be running another version of Windows, you can still use the information in this series of articles to help figure out what's going on with your system, but you won't be able to follow along step by step.

The anatomy of a stop message 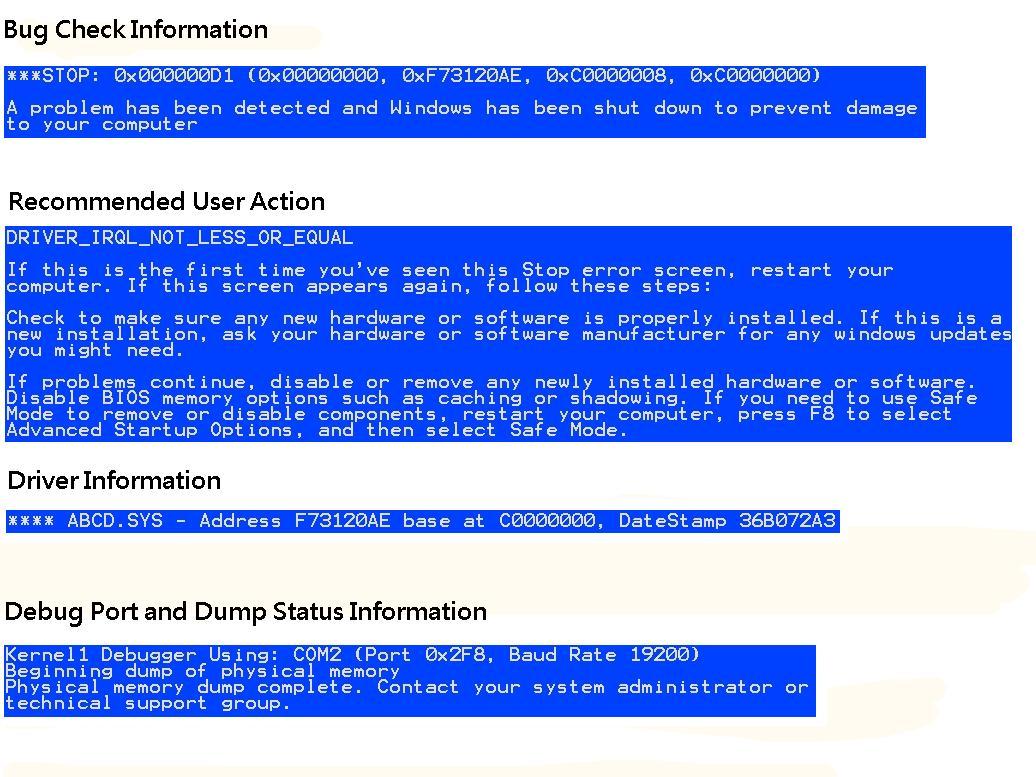 Figure C These are the components of a stop message. (Click on image for enlarged view.)

I will delve much deeper into the information that is within the stop message in part two and beyond in this series of articles.

I realize, however, that some of you may need to correct a stop error now, and may not have time to wait for me to write part two. That being the case, here is a final piece of advice based on my own experience:

In most cases, stop errors occur immediately after installing a piece of hardware or software or changing some aspect of the system's configuration. If you notice this type of cause and effect pattern, you can usually boot the system into Safe Mode, and then correct whatever action it was that caused the problem (or remove the new hardware).

If the problem starts happening for no apparent reason, look for these two things: file corruption and memory problems. Try reinstalling the latest Windows service pack (to refresh the system files) and download the latest versions of all of the device drivers that are used by the system. If that doesn't work, then try removing the computer's memory and replacing it with known good memory. Nine times out of ten this will fix the problem.

Brien M. Posey, MCSE, has received Microsoft's Most Valuable Professional Award four times for his work with Windows Server, IIS and Exchange Server. He has served as CIO for a nationwide chain of hospitals and healthcare facilities, and was once a network administrator for Fort Knox. You can visit his personal website at www.brienposey.com .