Look at system resources
Many users will open the Task Manager, see something like the image in Figure 1, which says the Physical Memory is Free = 0, and call the help desk to demand more memory. 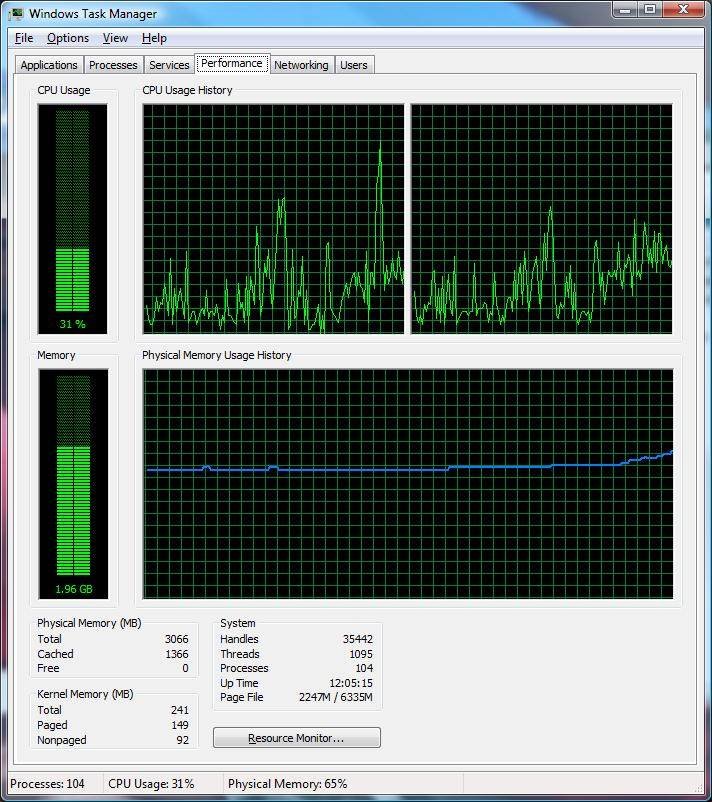 The information in the Task Manager can be misleading if you don’t have a good understanding of the Windows memory architecture.

A more accurate assessment of the desktop’s memory is at the bottom of the window, which in this example says Physical Memory: 65%. This means the computer is using 65% of physical memory, a fact verified in the Memory bar chart.

But what about the Physical Memory being Free = 0? Well, in this case, free refers to free memory pages that are not in cache and have not been written to.

The CPU usagedata is more straightforward. In Figure 1 above, there are two graphs in the CPU Usage History. This indicates two processors -- or cores. The bar chart matches the CPU Usage: 31% in the bottom of the Task Manager window.

To determine which processes are the top hitters for memory, CPU and other resources, click the Processes tab. Or you can click Resource Monitor in Performance tab. The resulting console shows dynamic CPU, disk, network and memory graphs, as well as top processes in the drop-down bars, as shown in Figure 2. 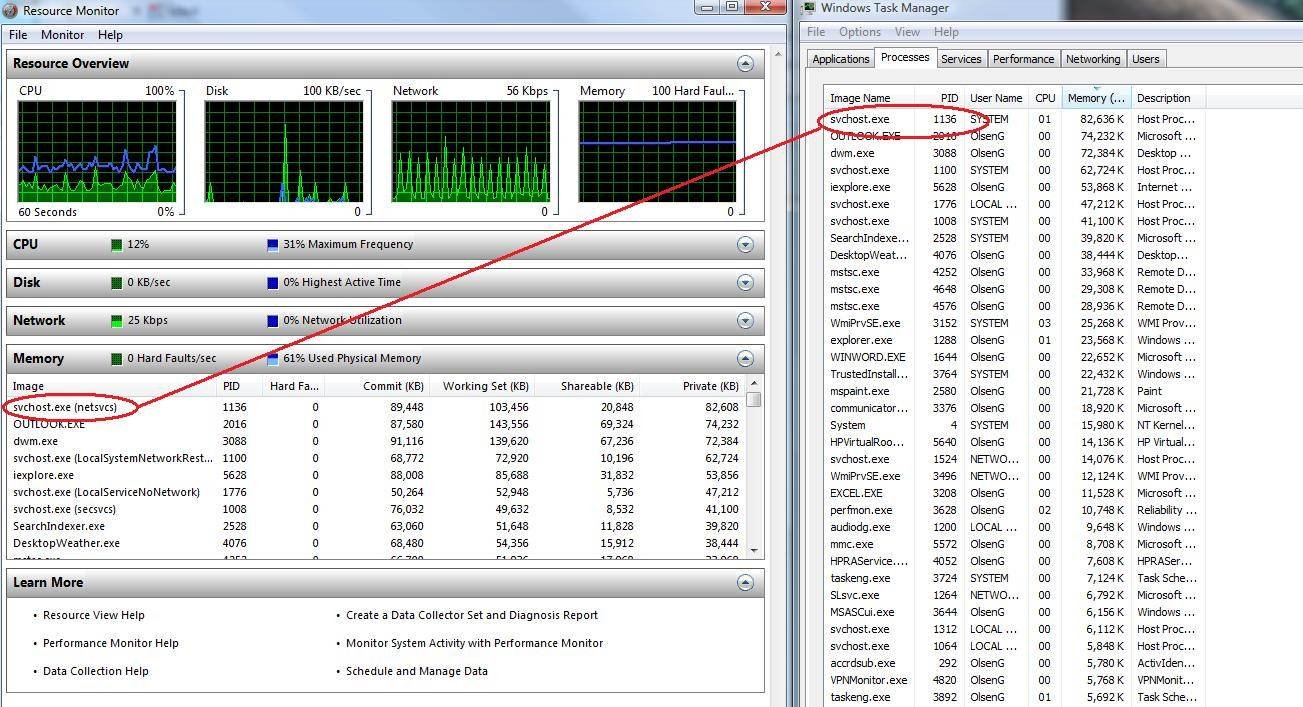 In this example, the memory information has been expanded. Each column can be sorted for additional troubleshooting data. Note that svchost.exe is a generic process that many system resources and applications can run under. In the Processes tab, we see only svchost.exe and a process ID to look up. But in Resource Monitor, we see the actual service or app in parentheses (see the red circles in Figure 2 comparing the two).

If you want to use Performance Monitor (PerfMon), you can launch it from Monitoring System Activity with Performance Monitor, which is under Learn More on this screen. Additional data can be extracted for experienced personnel by setting specific counters and then analyzing the data in PerfMon.

PerfMon is beyond the scope of this article, but for those familiar with Performance Monitor in earlier versions of Windows, note that Windows Vista and Windows Server 2008’s Resource Monitor have very powerful and convenient options. Fortunately, performance logs taken on Windows XP or Windows Server 2003 can be fed into Resource Monitor on Vista or 2008, and they can use many of the features in the new user interface.

Windows 7 does a much better job of showing memory use in the Resource Monitor than Vista and other earlier versions of the operating system, as shown in Figure 3. 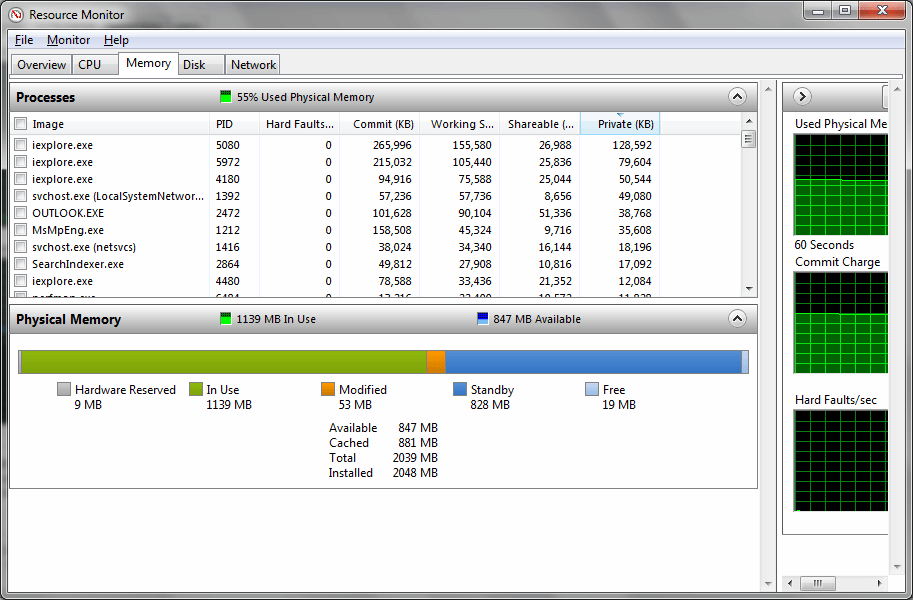 Figure 3: The Resource Monitor in Windows 7 (click to enlarge)

The Memory tab has a nice bar at the bottom, where:

But this information can also be easily misinterpreted. For example, Figure 3 shows only 9 MB free. Nontechnical users may think that their machines are running out of memory, but that’s not the case. The Available memory includes memory pages that can be reused if needed. So, in reality, 1 GB of our 2 GB physical memory is available.

Users may also complain that the Available memory is 10 to 20% of the total and they want more. But I once heard a Microsoft engineer argue that anything more than 20% is a waste of money. (It’s similar to driving a Lamborghini at 25 MPH rather than opening it up on the freeway.) Look at it as getting the most out of what you paid for -- idle resources are a waste of money. After all, if it is handling the load and you have a high percentage of use with nothing falling over the edge, the system is running pretty efficiently.

ABOUT THE AUTHOR:
Gary Olsen is a systems software engineer in Global Solutions Engineering at Hewlett-Packard. He authored Windows 2000: Active Directory Design and Deployment and co-authored Windows Server 2003 on HP ProLiant Servers. Olsen is a Microsoft MVP for Directory Services and formerly for Windows File Systems.