Desktop support techs are coming to grips with the fact that more and more Macs are showing up in the workplace and, even worse, on their service tickets. If the mental calisthenics of switching among Windows XP, Windows 7 and Windows 8 weren't challenging enough, you now have to deal with a quirky operating system that your end users may know better than you do.

Apple never really intended Mac OS as an enterprise system, though some good, third-party tools are out there for the people taking care of dozens, hundreds or thousands of them. However, that doesn't help much when you get called in to revive a manager's MacBook Air. So here are a handful of Mac tips (and a few basic concepts) that should help administrators bring addled Macs back to life.

Like any operating system, Mac OS can get corrupted and become unstable, if not totally unbootable. In Windows, this usually means a long and often-futile prayer session while Startup Repair tries to do its thing. If it doesn't, you're left with recovering what data you can and reinstalling or re-imaging the system.

With Mac OS, a system reinstall can leave all of the user's applications, data and settings in place. This is, in fact, how a Mac OS install now works by default. The reinstall can run from the hidden recovery partition (see the next Mac tip), Apple's servers or any bootable drive.

Some years back, Apple adopted the GUID (global unique identifier) partitioning scheme, which makes it ridiculously easy to repartition a drive. And with GUID, any of those partitions can hold a bootable Mac OS.

Better still, starting with Mac OS 10.7, aka "Lion," Macs include a hidden recovery partition with the tools you need to repair or replace the operating system. 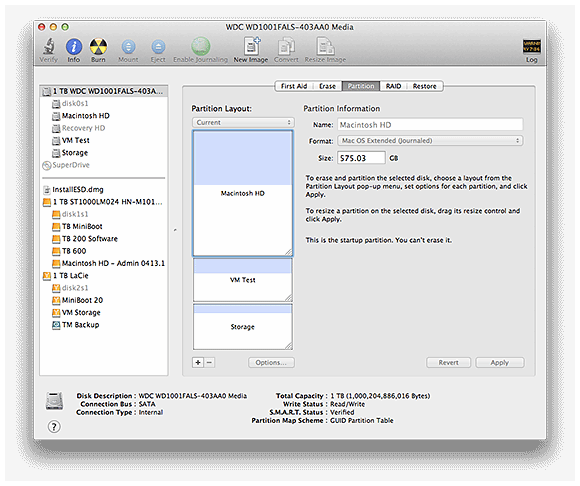 In addition, the latest Mac hardware can use NetBoot to access Apple's servers if you need to start out with a bare-metal (or totally hosed) drive. Although most casual users don't take advantage of this feature, Macs are masters at multibooting.

All your disk maintenance, repair and partitioning functions reside in the Disk Utility application in the /Application/Utilities folder on the boot drive or in the window that appears if you started up from the recovery partition or an installer.

One of the most important tools in your bag of tricks is a Mac-formatted external FireWire or Thunderbolt hard drive with at least one small boot partition. It's possible to build a bootable USB flash drive, but these can be painfully slow to launch. I'll provide some ideas on what to do with the rest of the space later.

Moving a user onto a new computer can be a major time sink for both the user and the tech. Even though Microsoft has done its best with Easy Transfer, it still can take a lot of time and effort. Because it makes both the hardware and software, Apple has a vested interest in making it as easy as possible to move your stuff to a shiny new machine. As a matter of fact, it can pull data and settings from a Windows PC as well as a Mac. 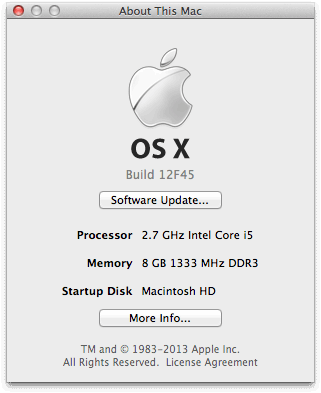 When a new Mac goes through its first boot, you'll see the option to migrate your data from another Mac or PC. For Mac to Mac, you'll need an appropriate network, Thunderbolt or FireWire cable (and yes, there are FireWire 400 to 800 cables).

The Mac hardware will recognize the direct connection and electronically swap the Ethernet transmit and receive wires, so don't worry about digging up a crossover cable. The Mac's setup program will walk you through the rest of the steps.

You can also run the Migration Assistant after the initial setup is complete. The application is located in the Utilities folder. If you go this route, make sure you start out with a username that's different than the original one. You can always delete this first account later.

Going from Mac to Mac, the Migration Assistant will transfer user accounts, applications, and all system and user settings.

From PC to Mac, it will move the users and their settings, but obviously not apps. If the user needs to hang on to some Windows-only applications, the most practical approach would be to use a virtual machine. The two most popular are Parallels and VMware's Fusion. Both can build a VM that's a clone of the user's original PC.

Mac OS also has an optional feature called Boot Camp. This will let you create a Windows partition and OS on a Macintosh drive. Requiring a reboot to launch, it's a bit less convenient than a virtual machine, but it does offer a native OS level of performance that a VM can't match.

All of these options support Windows versions ranging from Windows XP SP2 to Windows 8 as well as virtually all of the popular Linux distributions.

Use Migration Assistant for a base image

There's another handy trick for using the Mac Migration Assistant in the enterprise. If your shop has a base image and specific setup that it wants to give all Mac users, clone that onto a bootable partition on an external drive. You then simply connect it to a prototype Mac with the base settings and applications installed and "migrate" your base image from that.

Remember, it's easy to have multiple bootable partitions on a Mac, so if there are a variety of configurations you employ, they can all reside on one drive. The Migration Assistant doesn't care if it's different hardware or a somewhat older version of the OS. It will move what it needs to and segregate any software that's too old to run or has other compatibility issues. 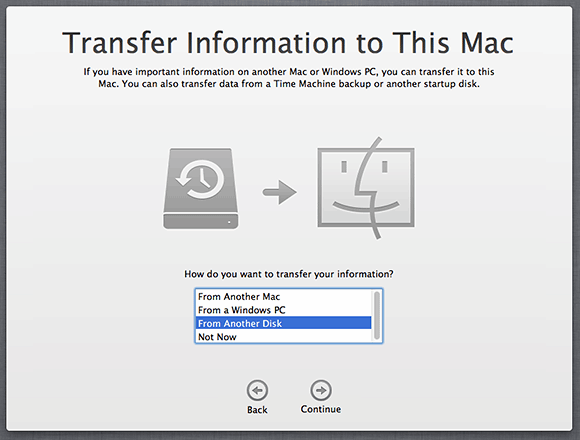 Multiple configurations can coexist on a drive.

There are tools that let you clone the entire drive to a new computer -- such as Carbon Copy Cloner or SuperDuper -- but they can get you into trouble. The current builds of the Mac OS are mostly compatible with older hardware, but there's a good chance that cloning an older image to new hardware will result in an unbootable system, even if it's the same software version.

The older OS build probably won't have the drivers needed for the newer hardware. And Mac OS makes extensive use of caching to speed startup and application launches. Even cloning to a machine of the same generation can move a lot of cruft that may (or may not) cause mysterious problems to appear later.

A migration can provide a clean slate of caches. These cloning tools are definitely useful for making a mirror backup of a system for protection during a major update or repair.

Here's another Mac tip: You can find the build of a particular Mac OS in "About This Mac" under the Apple menu. Click on the version number, and the build will appear. Click again, and you'll see the hardware serial number.

If you grew up with one OS, getting around in another can make you feel rather clumsy. The Finder (the Apple version of Windows Explorer) lets you choose icon, list or column view. If you have a document open and want to know where it's located, hold down the Command key and click on the file name in the menu bar. Drag down to any of the nested folders, and it will open in the Finder. 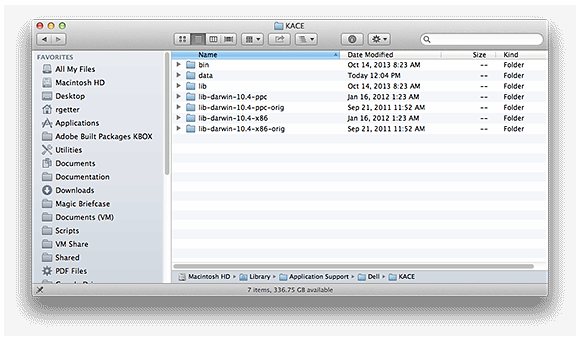 Like with Windows, you can have the Finder display the entire file path by default. Open up any folder, and the Finder's View menu will give you the option to show the Path Bar and the Status Bar, which contains the folder's file count and the amount of space left available on the disk.

These Mac tips are just some of the tricks that desktop admins used to Windows can follow to maintain control of devices across OSes. In my next article, we'll look at the command prompt, the gray screen of death and more.

About the author:
Ric Getter is a programmer/analyst at Portland Community College, Oregon's largest institution of higher education. He focuses on enterprise deployments and remote system and application management. Getter has also been regularly writing about computers since 1999.

Ric Getter - 25 Mar 2014 6:35 AM
Are you using Mac OS in the enterprise? How do you manage it alongside Windows? What questions or tips do you have? Respond in the comments.
[-]