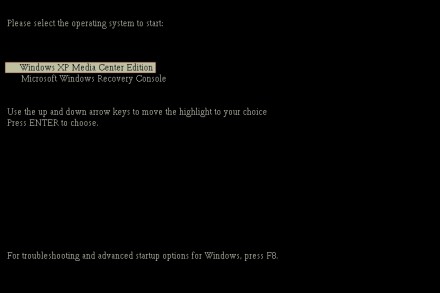 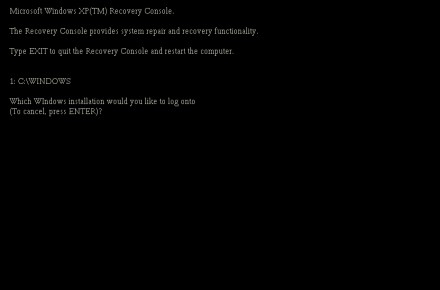 Upon selecting a Windows installation, you are prompted to enter the local administrator password for that installation. Upon doing so, you are taken to a command prompt, as shown in Figure C. 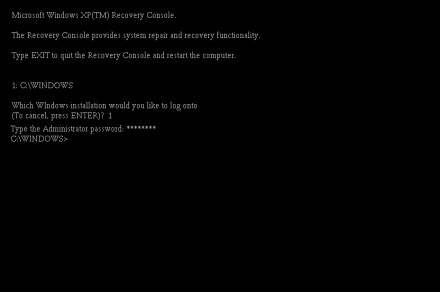 At first glance, the Recovery Console's command prompt looks identical to the command prompt you can access from within Windows. Looks can be deceiving, though, as there are some very important differences between the two.

How Windows XP and Recovery Console command prompts are different

The first major difference between the Recovery Console and the Windows XP command prompts is that the Recovery Console does not give you full access to the system's hard drive, even though you are logged in as an administrator. Also, while you can view the root directory, you can only gain access to specific subdirectories.

Note: Incidentally, there is a way that you can gain access to these folders through a roundabout method. I will show you that trick in the next article of this series.

Besides not having access to the majority of the folders on the hard disk, the Windows XP Recovery Console imposes some other significant restrictions as well. One such restriction is that removable media is designated as Read Only. If, however, you need to copy a file to removable media, there is a workaround to this restriction.

Other restrictions include the fact that you cannot reset the administrator password while working in the Recovery Console, and you do not have the ability to edit text files. This is important because most configuration files are text based.

In this article, I've talked about a lot of the things that you can not do through the Windows XP Recovery Console. In part three of this series, I will continue the discussion by showing you things that you can do, including some workarounds for issues I've already mentioned.

How to install it

How to use it