This week, I took the current beta version of Internet Explorer 8 (IE8) for a test drive. Right now IE8 is still in its first beta release, but it is far enough along that we can at least get an idea of what the finished product may look like.

As you read this article, there are two things to keep in mind: First, because this is an early beta release, anything that I've talked about could potentially change by the time Microsoft finally releases the product. Second, I am limiting my discussion primarily to talking about the features that have to do with security. 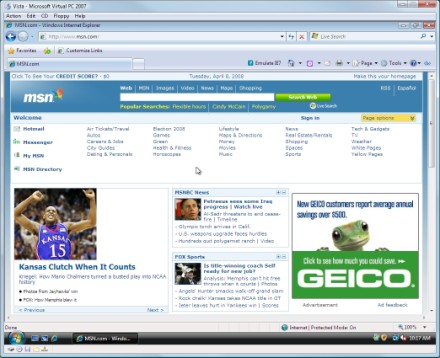 Now let's talk about these security features. Internet Explorer 7 was designed primarily to address the security shortcomings of the previous IE version. In contrast, though, Internet Explorer 8 is a lot less about security and more about standards. In fact, Microsoft cited better support of Web standards as one of its major goals in creating IE8. Also cited were improvements in RSS, cascading style sheets (CSS) and Ajax support. Although Microsoft mentions better security as one of its goals in creating IE8, that goal seems to be secondary. 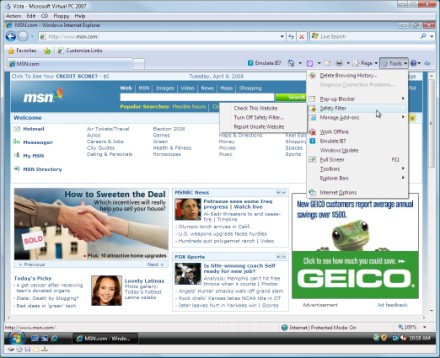 Another security feature that's shown in Figure B is the Safety Filter. From what I can tell, the Safety Filter seems to have replaced the Phishing Filter found in Internet Explorer 7. The Safety Filter is designed to detect Phishing sites, but it also detects websites that are known to be malicious and analyzes the full URL string looking for malicious code. The idea is to take a more granular approach to preventing attacks.

Another new security feature is called domain highlighting. The basic idea behind this feature is that the address bar displays the domain portion of the URL in black, while the remainder of the URL is grayed out. This feature probably doesn't sound like a big deal, but some websites are designed to conceal their identity by including text in the URL string, which tricks users into thinking they are on a different site. Domain highlighting leaves no doubt as to which site a user is actually on. You can see how the domain highlighting feature works if you look at the address bar in Figure C. 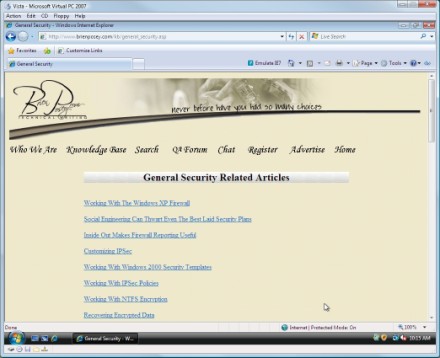 About the author: Brien M. Posey, MCSE, has received Microsoft's Most Valuable Professional Award four times for his work with Windows Server, IIS and Exchange Server. He has served as CIO for a nationwide chain of hospitals and healthcare facilities, and was once a network administrator for Fort Knox.