This content is part of the Essential Guide: Essential guide to desktop and laptop solid-state drives

Microsoft has made some changes to storage optimization in Windows 8. The user interface has been redesigned, and the utility now runs on a schedule that is easily changeable. In addition, with the popularity of solid-state drives growing, the operating system now helps to keep SSDs in top shape. Storage allocation and defragmentation in particular have changed in Microsoft Windows 8.

The Disk Defragmenter utility in Windows 7 has been renamed as Storage Optimizer in Windows 8, and it has a fresh look. The interface has been simplified, with a clean and clear listing of all of the drives on your PC. 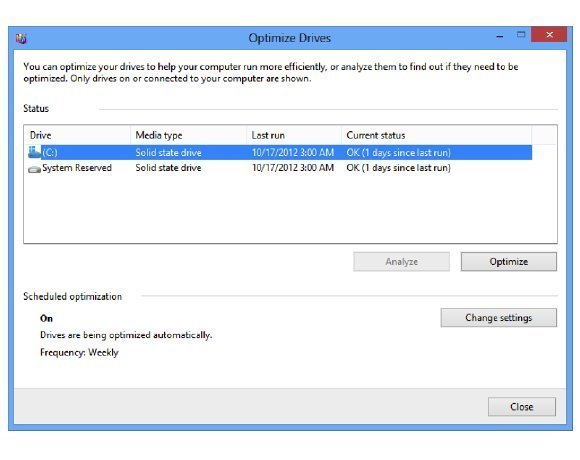 Figure 1. The Windows 8 Storage Optimizer has a simplified interface.

Simply select a button to analyze the current state of a drive or optimize the drive, either through a defragmentation process for traditional spinning-platter hard drive or a reclamation process for a solid-state drive (SSD).

You can find the utility by performing the following steps.

In Windows 7, solid-state drives were not supported for defragmentation. SSDs are just large amounts of super-fast flash memory; their advantage is that they are orders of magnitude faster than the traditional mechanical spinning-disk hard drives in PCs. Their disadvantage is that they have a finite amount of write entries available to them over the life of the drive itself.

Defragmentation involves moving lots of data to different places on the surface of a drive, so it follows that the process itself is very write-intensive. Thus, consistent and periodic defragmentation can negatively affect the life of a drive. To save users from themselves, Windows 7 prevented its inbox defragmentation utility from working when Windows could determine a solid state drive was selected.

More on Windows and storage

How to use storage apps, devices for password management

Cheap upgrades to consider for desktops

Selecting and installing SSDs for laptops and desktops

In Windows 8 SSD management, however, Microsoft changed the defragmentation utility to do more general optimization that handles different kinds of storage. Specifically, when Windows 8 detects an SSD, it sends "trim" hints for the entire volume. Trim hints allow the operating system to tell the drive hardware itself that the OS is not using certain areas of the addressable flash memory space.

These hints can accumulate, particularly as files are deleted or moved from certain areas of the memory space. In the background, the firmware on the drive will address these hints immediately and perform a "reclaim" of that space to get the areas ready for future writes. It can also compile these hints and work them over when the drive is less busy. Or, the firmware can simply ignore them and hope the trim hints come back when the drive isn't busy.

The Storage Optimizer, which is the replacement for the defragmentation tool, sends a complete set of trim hints for the entire volume again when it recognizes a mounted Windows 8 SSD. These trim hints are sent when the drive is idle.

They give SSDs that were unable to perform reclaim options earlier a second chance to examine these hints, perform the reclamation and cleanup, and in general, optimize for the best performance. This is different from a traditional defragmentation, where data is actually moved to contiguous spaces on a disk platter; Windows 8 does not perform a traditional defragmentation on solid-state drives.